First Live In Switzerland Show tonight at 21:00 CET On RetroHits

Tonight i try the First Live In Switzerland Show at 21:00 CET On RetroHits! I have my portable setup with me and yesterday we did some testing and it all works as long as internet is stable. I will also record it for all the fans eh ;)
Topic of tonight: Swiss first impression, music styl? haha, that's a surprise!

Bart
Posted by Ultimate Bart at 7:29 PM No comments:

Email ThisBlogThis!Share to TwitterShare to FacebookShare to Pinterest
Labels: Live from Switzerland

Song and videoclip review: Ray Isaac - U Want Or U Don't 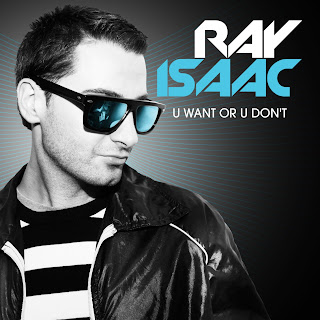 Ray Isaac, Australia’s first singing dj, launched his new song "U Want Or U Don’t "together with a brand new video clip and a huge promotion pack surrounding it.
Ray already introduced himself in 2007 through Ministry Of Sound with a couple of singles collaborating with for example the big Robbie Rivera and Dario Nunez. As a DJ he usually plays pop/house remixes with the all famous “put your hands up in the air” vibe. Now Mr. Isaac launched a new single called “U Want Or U Don’t”. And this time, he brings it BIG.
The song:
I am a huge fan of pop/house and disco tunes, so this song really fits in the right place with me. It’s a complete package combining a very catchy tune with some nice vocals. One of my favourite parts of the song must be the bridge, having a acceleration in the beat, but a slowing down piece in the vocals and then reversing it on the second part, sweet combo! Al and al it’s a perfect floor filler, which can’t be missed on a nice party. I think that’s why the official Launch party in “The Roxy” Club in Sydney was such a success according to Ray’s youtube channel. I would really liked to be there on November 5th and 7th, but it’s like a few 1000 miles away from the Netherlands, so not something around the corner.
The video:
Pop music videos are always tricky to get right. Why? Because 1) most of the time you need to bring a song with basic lyrics in approx 3 minutes 2) you need to get the feeling/vibe right in first few seconds to keep attention and 3) The quality must be outstanding.
Ray and ofcourse the director "Alec Cartio" tackles all these points very well. You get this mysterious relation kind of thing going on which holds his lyrics together from his song. They filmed parts on the dance floor of the club in LA which is as bit dark, but then again full of disco lights and fine illumination on the people’s faces (that’s a tricky part on its own to get right). Besides that they had some great seamless white background shots and added some of VideoCopilots element as well (or they look a bit like them). The video becomes even more alive and kickin’ with all those dancers in the shots.
Now, this is all super but what is even more convincing is the overwhelming quality, just look at it. Ray told me they shot it in Los Angeles with Red camera’s which can go up to 4k 16:9 (4,096×2,304) resolution. Combining this with a nice lens, some dolly tracks and you got yourself a fine camera setup. Now, filming is one, but editing the huge data and adding effects is a second part. I can tell you, you need quite a heavy setup.
The video ended up super, very cool, nice color, nice vibe and a superb quality. Nice move Ray. Good luck with your promo and perhaps see you in the Netherlands sometime.

You can buy his song on the digital channels and you can download the remixes here:
http://soundcloud.com/rayisaac/sets/promo-dj-club-remixes
http://www.sendspace.com/pro/dl/8i2sb3
Ray Isaac – U Want Or U Don’t (2010)
Ultimatebart star rating, category: Dance music: ★★★★★ (5/5)
Posted by Ultimate Bart at 9:55 AM No comments: 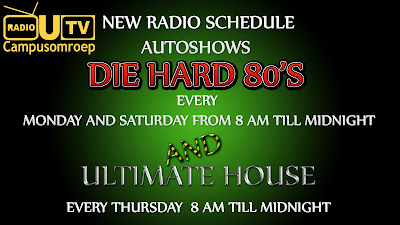 Allright, let's begin with some new Autoshows okey? For the extreme 80s fan we have DIEHARD80s every monday and saturday en for the House lovers we've got a Ultimate House show with House, Lounge, Disco and Dance on thursday. Both shows begint at 8 am in the morning and end at midnight that same day Central European time (CET). There will be new live shows upcomming so be patient it will happen very soon.

Bart
Posted by Ultimate Bart at 3:47 PM No comments: